News
Judge Rules United Can’t Place Employees Seeking Exemptions to Vaccine Mandate on Unpaid Leave
The ones who aren't seeking an exemption and just don't want the jab are still screwed, though.
By Leah Anaya


FORT WORTH, TX – A federal judge has granted a temporary restraining order against United Airlines placing employees on unpaid leave for requesting an exemption from the COVID-19 vaccine mandate.
Approximately 2,000 United Airlines employees requested an exemption from the mandate for either religious or medical reasons. This equals around 3% of the airline’s 67,000 domestic employees.

United had said that if the request was granted and was medical in nature, the employee would be placed on medical leave. That type of leave would possibly include some pay, but that would depend on their contract. The timeline for this leave was also not determined.

MORE NEWS:
If, however, the exemption request was for religious reasons, the airline said in September that the employee would be placed on indefinite unpaid leave. They would get to retain seniority rights should the decide later to comply and then be allowed to return to work.


Will The GOP Fight To Reverse Biden's Vaccine Mandates?

No. Most of the GOP are cowards. We are on our own.

By completing the poll, you agree to receive emails from Red Voice Media, occasional offers from our partners and that you've read and agree to our privacy policy and legal statement.


Six of the employees who would be subject to this leave (meaning, they requested one type of exemption), filed a federal lawsuit against United Airlines last month.
US Judge Mark Pittman issued the stay on the airline’s newly implemented policies while he hears the case.

In his order, Judge Pittman wrote, “The court is not currently ruling on the merits of the parties’ arguments on these points. Rather the court seeks simply to avoid the risk of irreparable harm to the parties and to maintain the status quo while the court holds an evidentiary hearing.”
***FOLLOW US ON TELEGRAM***

The case only affords this privilege to those who are seeking exemptions and does not include those who are not applying for an exemption but still refuse to comply with the mandate.

The plaintiff’s attorney, Mark Paoletta, said “United Airlines’ refusal to provide reasonable accommodations to its vaccine mandate violates the federal civil rights protections of our clients, the hard working men and women at United. We look forward to our clients’ rights be [sic] permanently protected.”

‘At least four people killed’ and more injured in Norway bow and arrow rampage: Police probe terror motive as suspect is arrested after firing at random victims across ‘wide area’ of town south of Oslo 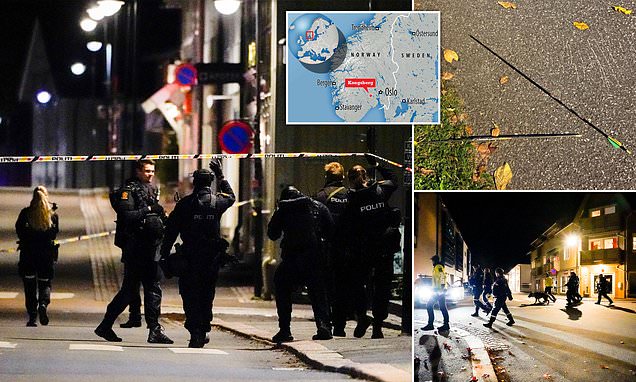 'We can unfortunately confirm that there are several injured and also unfortunately several killed in this episode,' police official Oyvind Aas told a news conference in Kongsberg, Norway.