Seen most recently in sci-fi shows like Westworld and Severance, the sinister substance also exists in the real world—where it may control us all. Jason Kehe Culture Aug 24, 2022 7:00 AM

Seen most recently in sci-fi shows like 'Westworld' and 'Severance,' the sinister substance also exists in the real world—where it may control us all. There is a question, the answer to which could change the world. It is a simple question. A terrifying question. The question is this: What the hell happened to graphene?
Maybe you remember graphene. It got big, oh, 10-ish years ago, around the time when two University of Manchester researchers won the Nobel Prize for “discovering” it. That’s in scare quotes because all they really did, in a now famous example of serendipity in the sciences, was peel a piece of literal sticky tape off graphite—the stuff in literal pencils—and notice, basically by accident, that the residual flakes comprised a single layer of carbon atoms. Behold: graphene, the world’s first “2D material.” And that’s in quotes because, well, you can still see it with the naked eye. So it’s obviously got some dimensionality of the third kind to it.
Technicalities aside: Graphene was a miracle material, a carbonaceous coup. It was as if some alien had handed us the keys to the future. Stiff but stretchy. Microthin but superstrong. Translucent but impermeable, and transistorizable to boot. Immediately, scientists promised us the stars. Flying cars! Viscous drug-delivery droids! Elevators from Earth to the freaking space station! “The visions, the predictions of sci-fi writers and tech gurus,” Manchester U announced in a video, “are finally within our grasp.” “It was as if science fiction had become reality,” said a Samsung exec. Quantum this and superconducting that. Billions of dollars invested. Labs set up everywhere.

Then … nothing.
Well, not nothing. These days, you can find graphene in, like, phones and stuff. Some people do origami with it. But that’s not a space elevator. Or even an unbreakable condom (one of the more modest promises). How can that be? How can the most miraculous material in the history of the world, funded up the wazoo, all but dematerialize? The official explanation goes something like: Science is slow, the market resists change, and graphene’s probably too good at what it does anyway, so let’s look at other 2D materials instead. “Old news,” was how one materials scientist put it to me. He didn’t seem to understand why I wanted to talk about graphene at all.

I wanted to talk about it because … the truth is out there, and there’s something slimy going on. Think about it. If you’ve ever actually played with graphene, maybe made a solution of it, or spiked it with some acid to transform it into graphene oxide, then you know what it can look like. It can look quite scary, indeed like slime, all black and gooey, even alive. You also know what this could mean.
It could mean that the official explanation for what happened to graphene, the “scientific” explanation, is a lie. It could mean that graphene didn’t just dematerialize but, quite the opposite, rematerialized. It could mean that the worst thing that couldn’t happen, did happen.

It could mean that graphene turned into a substance of purest evil—black goo—and took over the world.
More Great WIRED Stories


Of course, you’re not supposed to know this. You’re not supposed to know that you’re being mind-controlled, right now, by a self-replicating mutagenic xeno-substance that was initially sold to us as the key to the future. So the proof of its existence is hidden in the only place it can be hidden. It’s hidden in science fiction.
This year alone, black goo—the science-fictional name for the science-factual graphene oxide—has seeped its way into not one but two sci-fi shows, Severance and Westworld. Three if you count Stranger Things, where it was sighted in earlier seasons. These sightings and intertextual seepages—sublimations, clearly, of real-world torments—are too consistent to be coincidental. They are signs that cannot be ignored.
Start with Westworld, whose latest season finds the robots in complete control of humankind. This they accomplished, the robot-in-chief indicates, using a combination of flies, parasites, and, yes, black goo. We see vats of the stuff in a hidden lair, glistening sickly. It seems to be the medium in which the parasites are grown—a callback to the first major appearance of black goo in the canon, the OG, the Original Goo itself: the Purity virus in The X-Files.
Middle of season 3, you remember. French salvagers discover an alien vessel deep in the ocean and mysteriously die, but a diving suit belonging to one of them is covered, Mulder discovers, in “some kind of oil.” (Black goo is variously referred to as black oil, black cancer, black bile, black blood, etc. All the same stuff.) Is it possible the oil is, as he later puts it, “a medium used by alien creatures to body-jump”? That’s as far as Westworld’s callback takes it: black-goo-as-medium. But X-Files knows the whole truth. Thanks to science-minded Scully, we learn in season 5 that the body-snatcher is some sort of “vermiform organism” that gets “attached to the pineal gland.” Translation: Black goo isn’t just medium. It’s also monster.
Sometimes, the victims of black engooment in X-Files survive, so long as the stuff safely, if violently, self-ejects from eyes and mouth. Not so much the victims in the Alien franchise, which constitutes the goo’s best-known modern manifestation. As one of the franchise’s tie-in video games puts it: “Any living thing that comes into direct contact with the black goo”—known technically, in this universe, as Chemical A0-3959X.91-15—“will either die horribly, give birth to monsters, or become a monster themselves.” You see a lot of this oozy, unrecoverable infection in Prometheus. Also in Rakka, a little-known short film by Neill Blomkamp, where Sigourney Weaver leads a last hurrah in 2020 Texas against alien colonizers equipped with black-goo weaponry that can somehow both control minds and obliterate buildings.
Obviously, the sci-fi record isn’t perfectly clear on the workings of black goo; it is, by its nature, impossible to grasp. In Miyazaki movies, it tends to be ecologically terrorizing; in Luc Besson’s Lucy, it’s some sort of sparkly transhumanist supercomputing … thing. (Perhaps not so coincidentally, Scarlet Johansson, Lucy’s Lucy, also stars in Under the Skin, as an alien who drowns and eats men in a sea of black goo.) In Severance, it’s more metaphorical, a visual symbol for the ways in which separate realities bleed into and out of each other. Same goes for Stranger Things, where it’s a kind of interdimensional trespasser. The specifics, though, are somewhat beside the point. The medium is the metaphor is the monster is the message, and the message is this: Whatever black goo is, it’s alien, everywhere, and “the source of all evil on the planet.”
e

Last year, Greta Thunberg, the world’s most famous climate activist, was inducted into an international, perhaps even intergalactic, society of black goo worshippers. For proof, look no further than the cover of The Guardian magazine, where she’s pictured with a slick black substance dripping down her face. The Guardian claimed it was a harmless mixture of olive oil and finger paint, meant to symbolize “a human oil spillage,” but sleuthy Redditors know the truth: It was graphene oxide. It was black goo.
The black goo society has many famous acolytes, and they’re not exactly subtle about demonstrating their allegiance. In the music video for “When the Party’s Over,” Billie Eilish downs a glass of black goo, and then proceeds to cry it out of her eyes. As citizen symbologists have pointed out, on Facebook and other such truth-telling platforms, this same type of goo, oozing optically in precisely the same way, can also be found in works from the likes of Lady Gaga, Christina Aguilera, Kim Kardashian, Rihanna, Madonna, and the cast of American Horror Story. All members of the society. All servants of the goo.
To what, specifically, do they devote their worshipful energies? To maintaining the goo’s hold on humanity, of course. Nobody knows exactly how it got here. Some say a spaceship carrying the stuff crash-landed in prehistoric Antarctica, where it lay in wait until an opportunistic defrosting and subsequent global spreading. Others say that, roughly 16,000 years ago, ancient aliens poured consciousness down on our planet in the form of a “black rain” that, corrupted over the centuries by humanity’s never-ending recourse to violence, thickened into the substance we now know as black goo. (For a modern-day interpretation of this genesis event, see the opening scene of Prometheus, where humanity’s common alien ancestor drinks black goo, disintegrates, and seeds Earth’s waters with its DNA.) Whatever the case, deposits of black goo have, historically, been hard to locate. We do know the Nazis relied on secret reserves of it for their dark powers, and, according to various documentaries you can watch for free on the internet, the Falklands War was fought over it. Thatcher wanted to weaponize this “sentient oil,” and she probably succeeded.
It’s scary stuff, and people are still piecing together the effects it’s had, and continues to have, on civilization. “Unfortunately,” as one Facebooker reports, “the Black Goo genome sequence is so profound, it could take decades to hundreds of years for the body to decode.” Occasionally, the body rejects it, as in the infamous case, reported on even by the BBC, of the UFO researcher Max Spiers, who vomited up two liters of black liquid before he died (in the company of his sci-fi publisher) in 2016. Most of the time, however, you don’t know it’s inside you, nanotoxically influencing your every thought and action. That’s one reason many believe it’s graphene oxide, whose capabilities include a programmability that’s consistent with the mind-control effects of black goo. Also, graphene oxide is commonly abbreviated to GO. GO. Black GOo.​
Última edición: 25 Ago 2022 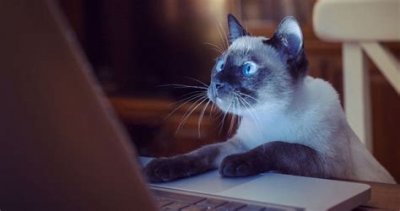 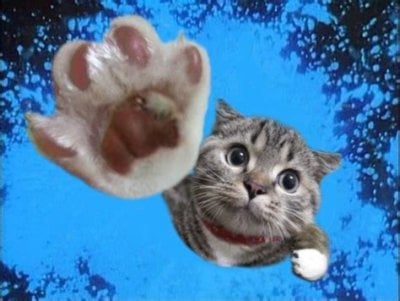 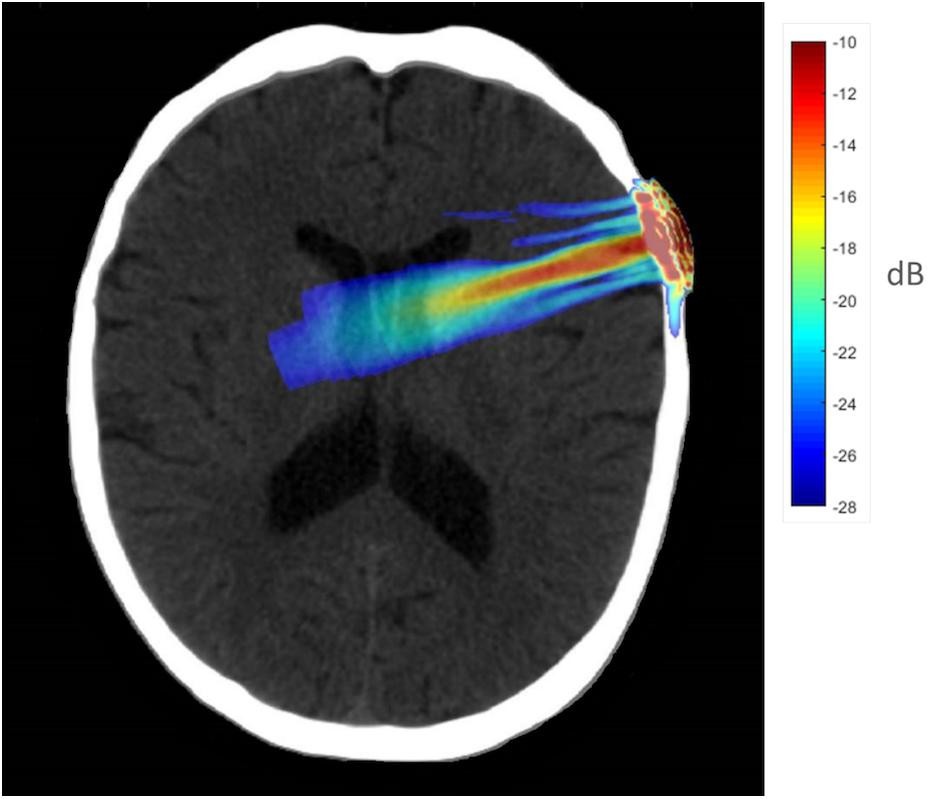 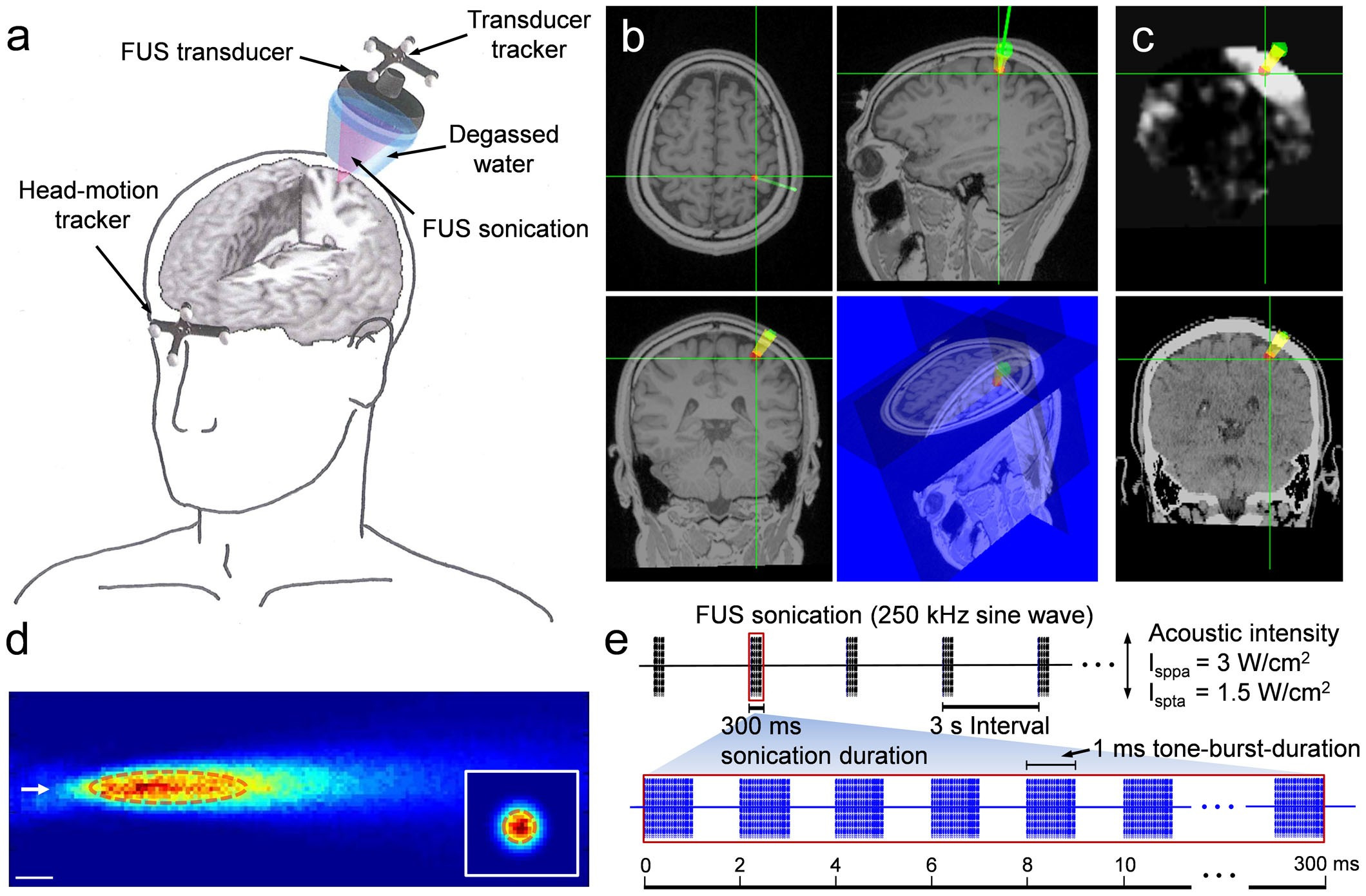 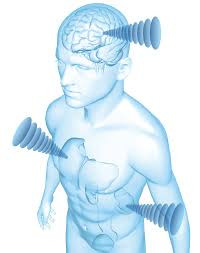 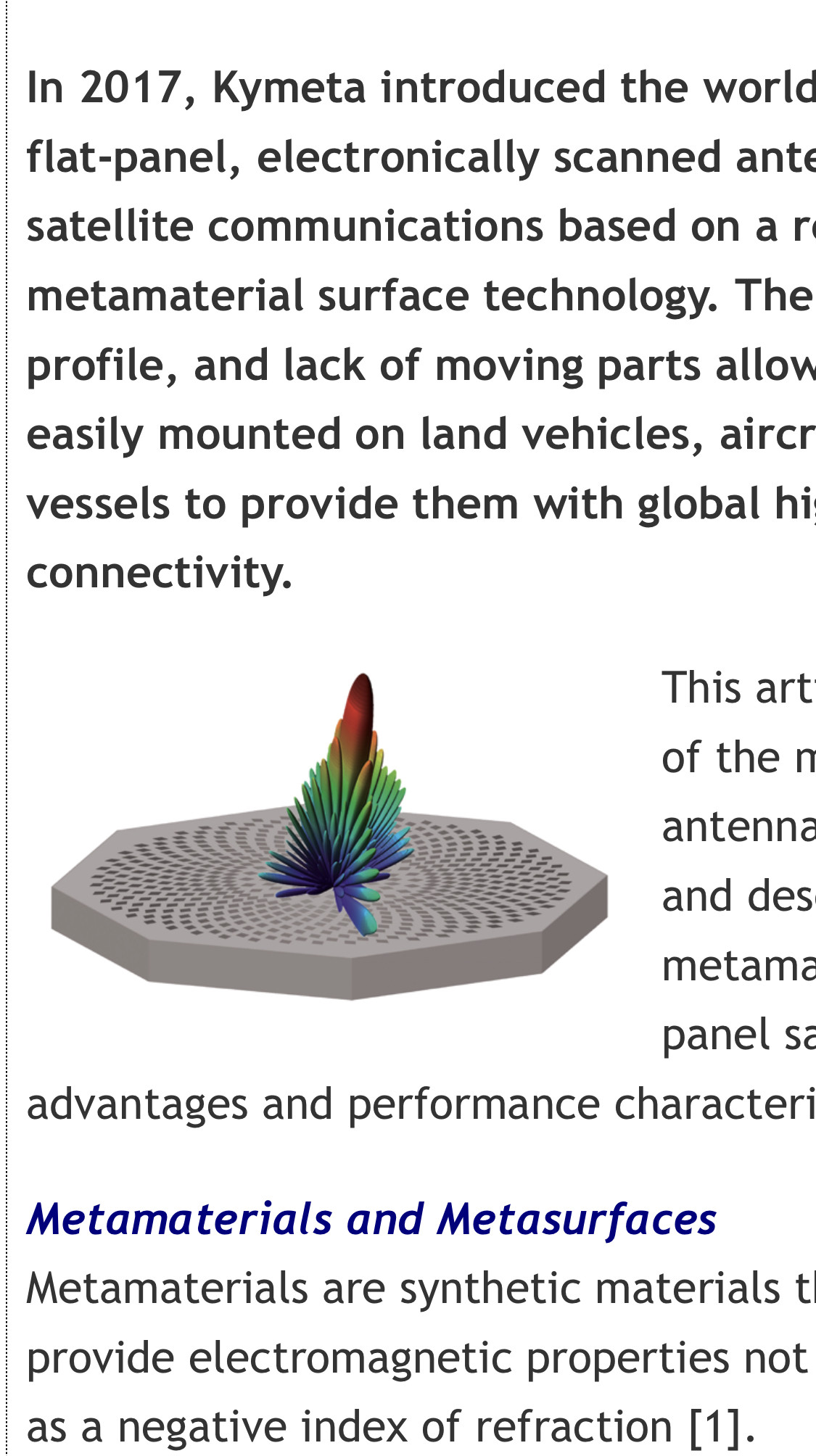 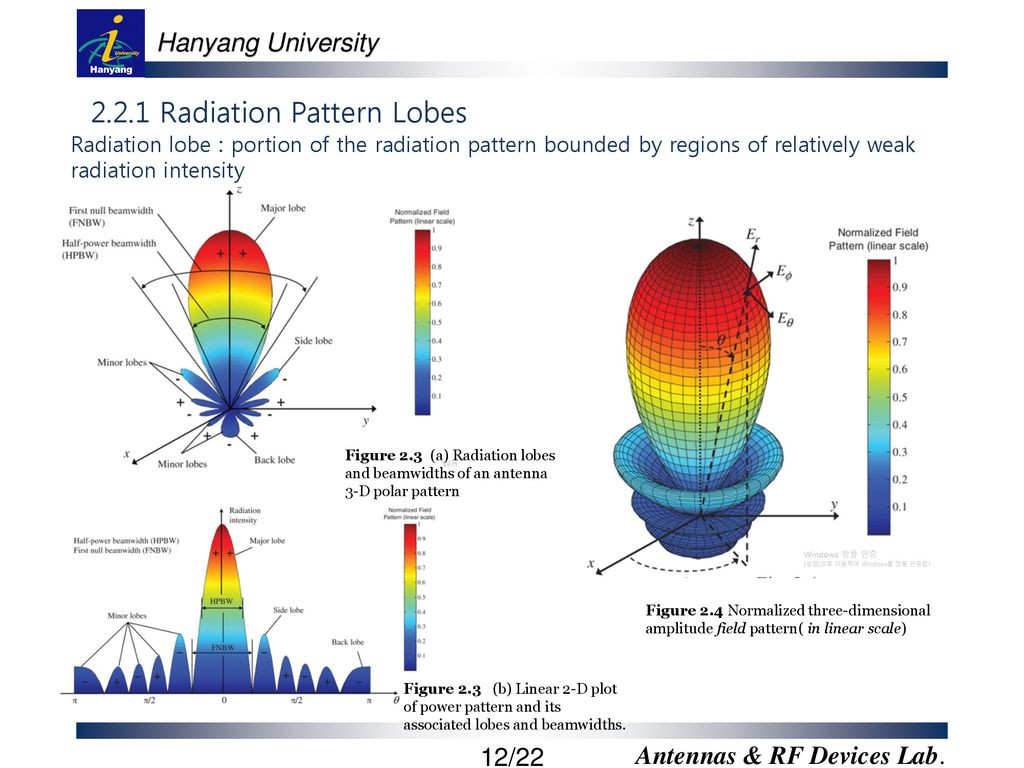