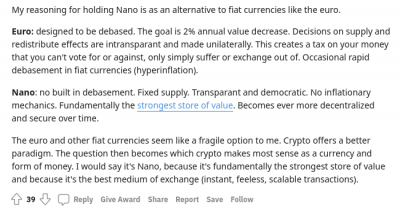 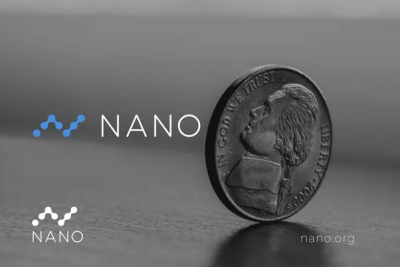 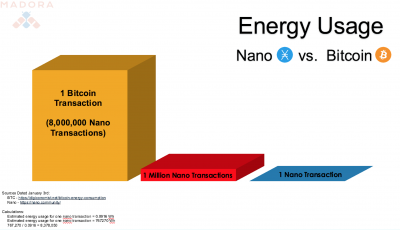 Why Nano may be the ultimate store of value and reserve currency. 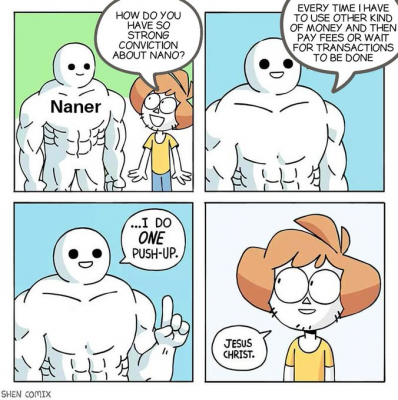 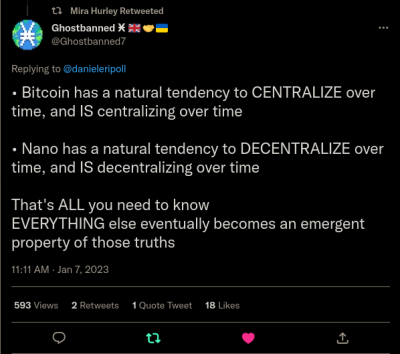 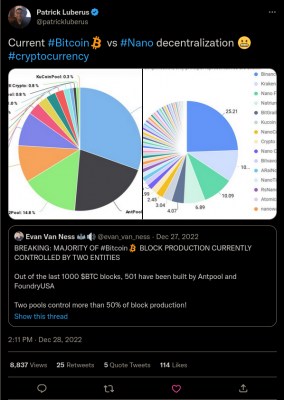 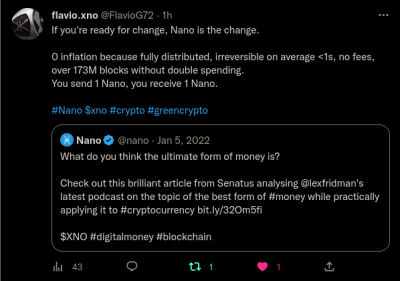 Fungibility is the property of a good or a commodity whose individual units are capable of mutual substitution. That is, it is the property of essences or goods which are "capable of being substituted in place of one another." For example, since one ounce of pure gold is equivalent to any other ounce of pure gold, gold is fungible. Other fungible commodities include sweet crude oil, company shares, bonds, other precious metals and currencies. Fungibility refers only to the equivalence of each unit of a commodity with other units of the same commodity. Fungibility does not relate to the exchange of one commodity for another different commodity. This from Fungibility - Wikipedia also check this: All About Fungibility: What It Means, Why It Matters Now, let's compare Bitcoin to Monero: In this case the transaction history is very important. Bitcoin is not fungible because one can always trace where the coins come from (the public ledger is clear for everyone to see). So let's assume that a Bitcoin was used in a shady transaction (drugs, stolen goods, ...). When that coin lands in your wallet, it would be possible to look into the transaction history of that coin and detect that said shady transaction was carried out, so the Bitcoin that landed in your wallet is not equal anymore to a 'fresh' Bitcoin without transaction history. So that Bitcoin is now tainted... Now that Bitcoin/address could be blacklisted so it can't be used anymore. Monero on the other hand has an opaque blockchain, aka the coins' transaction history can't be looked up, so one XMR will always be one XMR, no matter in which transactions it would have been used before. In a way one could compare it to cash vs digital money. Monero would be cash (untraceable) and Bitcoin would be digital money (traceable), though there are still subtle differences.

No other cryptocurrency that I know of has this property worked out as well as Monero, because Monero is private on the protocol level with the option to be transparent, the other coins are public by default, with the option to be private (Dash, Zcash, ...). In the latter case it means that coins must 'leave' the public blockchain to make them private (via mixing service or other mechanism), this already means that those coins are 'different' (aka not fungible) from the ones that are always on the public blockchain. And those services still don't offer the same level of anonymity that Monero does...
Última edición: 8 Ene 2023
Iniciar sesión o registrarte para responder aquí.