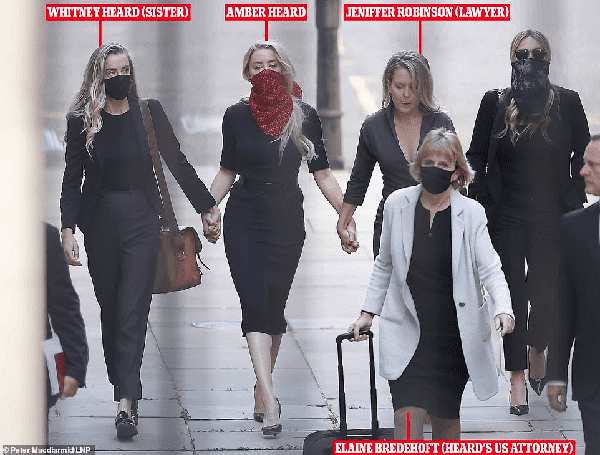 Political and religious views
Depp stated to the German magazine Stern in 2003 that "America is dumb, is something like a dumb puppy that has big teeth—that can bite and hurt you, aggressive."[183] Although he later asserted that the magazine misquoted him and his words were taken out of context, Stern stood by its story, as did CNN.com in its coverage of the interview. CNN added his remark that he would like his children "to see America as a toy, a broken toy. Investigate it a little, check it out, get this feeling and then get out."[184] The July 17, 2006, edition of Newsweek reprinted the "dumb puppy" quotation, verbatim, in the context of a Letter to the Magazine. Depp has also disagreed with subsequent media reports that perceived him as a "European wannabe", saying that he liked the anonymity of living in France while in a relationship with Paradis and his simpler life there.[183] Depp became a U.S. resident again in 2011, because France wanted him to become a permanent resident, which he said would require him to pay income tax in both countries.[185]

On the October 16, 2011, episode of Larry King Live, when asked if he had faith, Depp replied, "Yes. I have faith in my kids. And I have—I have faith, you know, that as long as you keep moving forward, just keep walking forward, things will be all right, I suppose, you know. Faith in terms of religion, I don't—religion is not my specialty, you know."[186]

In November 2016, Depp joined the campaign Imprisoned for Art to call for the release of Ukrainian filmmaker Oleg Sentsov, who was being held in custody in Russia.[187]

At the Glastonbury Festival 2017, Depp ranted against U.S. President Donald Trump. Depp controversially asked "When was the last time an actor assassinated a President?", before adding "I want to clarify: I'm not an actor. I lie for a living. However, it's been awhile and maybe it's time." He then said that he was "not insinuating anything". The comment seemed to reference John Wilkes Booth, the actor who assassinated Abraham Lincoln. Shawn Holtzclaw of the Secret Service told CNN that they were "aware" of Depp's comment, but said, "For security reasons, we cannot discuss specifically nor in general terms the means and methods of how we perform our protective responsibilities".[188][189] The next day, Depp apologized for making these remarks, saying, "It did not come out as intended, and I intended no malice. I was only trying to amuse, not to harm anyone