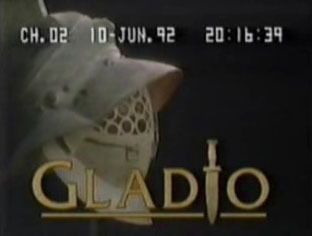 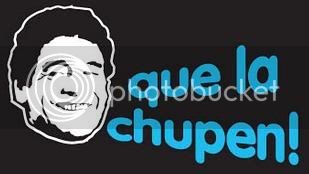 Para que vea que no me niego a participar.

Ello es asi porque, por citar el informe del FEMA que considero como ya estudiado por parte de sus defensores:
"...At 10:29 a.m., WTC 1 (the north tower) collapsed, sending its debris into the streets below. The extent and severity of the resulting damage to WTC 7 are currently unknown...", porque
"...The degree of impact damage to the south facade could not be documented...", porque
"...With the limited information currently available, fire development in this building needs additional study...", porque
"...It is currently unclear what fuel may have been present to permit the fires to burn on these lower floors for approximately 7 hours...", porque
"...The mechanisms behind these apparent changes in behavior are currently unknown and therefore various scenarios need to be investigated further...", porque
"...However, there is no physical, photographic, or other evidence to substantiate or refute the discharge of fuel oil from the piping system...", porque
"... A further hypothesis that would help explain the long time lapse between the collapse of WTC 1 and the collapse of WTC 7 would be that the masonry wall and door resisted the fire for a number of hours, but eventually failed...", porque
"...Further investigation is required to determine whether the preceding scenarios did or could have actually occurred...",

".. 5.6.2 Probable Collapse Sequence
The collapse of WTC 7 appears to have initiated on the east side of the building on the interior, as indicated by the disappearance of the east penthouse into the building. This was followed by the disappearance of the west penthouse, and the development of a fault or "kink"� on the east half of WTC 7 (see Figures 5-23 and 5-24). The collapse then began at the lower floor levels, and the building completely collapsed to the ground. From this sequence, it appears that the collapse initiated at the lower levels on the inside and progressed up, as seen by the extension of the fault from the lower levels to the top.
During the course of the day, fires may have exposed various structural elements to high temperatures for a sufficient period of time to reduce their strength to the point of causing collapse. The structural elements most likely to have initiated the observed collapse are the transfer trusses between floors 5 to 7, located on lower floors under the east mechanical penthouse close to the fault/kink location.
If the collapse initiated at these transfer trusses, this would explain why the building imploded, producing a limited debris field as the exterior walls were pulled downward. The collapse may have then spread to the west. The building at this point may have had extensive interior structural failures that then led to the collapse of the overall building. The cantilever transfer girders along the north elevation, the strong diaphragms at the 5th and 7th floors, and the seat connections between the beams and columns at the building perimeter may have become overloaded after the collapse of the transfer trusses and caused the interior collapse to propagate to the whole floor and to the exterior frame. The structural system between floors 5 and 7 appears to be critical to the structural performance of the entire building.
An alternative scenario was considered in which the collapse started at horizontal or inclined members. The horizontal members include truss tension ties and the transfer girder of the T-1 truss at the east side of the 5th floor. Inclined members spanned between the 5th and 7th floors and were located in a two-story open mechanical room. The horizontal haunched back span of the eastern cantilever transfer girders, located roughly along the kink, rested on a horizontal girder at the 7th floor supported by the T-1 transfer truss. Even if the cantilever transfer girder had initiated the collapse sequence, the back span failure would most likely have not caused the observed submergence of the east mechanical penthouse.
The collapse of WTC 7 was different from that of WTC 1 and WTC 2, which showered debris in a wide radius as their frames essentially "peeled"� outward. The collapse of WTC 7 had a small debris field as the facade was pulled downward, suggesting an internal failure and implosion.
To confirm proposed failure mechanisms, structural analysis and fire modeling of fuels and anticipated temperatures and durations will need to be performed. Further study of the interaction of the fire and steel, particularly on the lower levels (i.e., 1st-12th floors) should be undertaken to determine specific fuel loads, location, potential for impact from falling debris, etc. Further research is needed into location of storage and file room combustible materials and fuel lines, and the probability of pumps feeding fuel to severed lines..."

"...5.8 Recommendations
Certain issues should be explored before final conclusions are reached and additional studies of the performance of WTC 7, and related building performance issues should be conducted. These include the following:
- Additional data should be collected to confirm the extent of the damage to the south face of the building caused by falling debris.
- Determination of the specific fuel loads, especially at the lower levels, is important to identify possible fuel supplied to sustain the fires for a substantial duration. Areas of interest include storage rooms, file rooms, spaces with high-density combustible materials, and locations of fuel lines. The control and operation of the emergency power system, including generators and storage tanks, needs to be thoroughly understood. Specifically, the ability of the diesel fuel pumps to continue to operate and send fuel to the upper floors after a fuel line is severed should be confirmed.
- Modeling and analysis of the interaction between the fires and structural members are important. Specifically, the anticipated temperatures and duration of the fires and the effects of the fires on the structure need to be examined, with an emphasis on the behavior of transfer systems and their
connections.
- Suggested mechanisms for a progressive collapse should be studied and confirmed. How the collapse of an unknown number of gravity columns brought down the whole building must be explained.
- The role of the axial capacity between the beam-column connection and the relatively strong structural diaphragms may have had in the progressive collapse should be explained.
- The level of fire resistance and the ratio of capacity-to-demand required for structural members and connections deemed to be critical to the performance of the building should be studied. The collapse of some structural members and connections may be more detrimental to the overall performance of the building than other structural members. The adequacy of current design provisions for members whose failure could result in large-scale collapse should also be studied..."